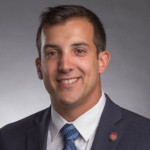 Overall, women in the U.S. are paid less than men for the same jobs. One thing that contributes to this wage gap is that employers are allowed to ask job applicants what they are currently earning. Then, employers base the salary that the new employee is offered on his or her previous salary. This practice affects women more than men because it perpetuates pay inequalities. This means that when an employer uses an employee’s prior salary, it makes it harder for women to be paid equal to men. For this reason, many states and cities, including Cincinnati, are passing laws that prevent an employer from asking about an employee’s prior salary.

One reason an employer asking about a job candidate’s prior salary affects women more than men is known as the “unemployment penalty.” The unemployment penalty happens when someone leaves the workforce, and his or her salary is reduced when they return to work. In a study done by PayScale, an employee who has been out of work for less than three months faces a 3.4% “penalty” when returning to work, while an employee who has not worked in over a year is hit with a 7.3 % “penalty.” Because women are more likely to take breaks from working to care for a child or other family member, and because their breaks are more likely to last longer than a year, the “unemployment penalty” adds to the pay gap between women and men.

Banning employers from asking about salary history is a step towards closing the pay gap entirely. These laws will not solve the problems women face in the workplace overnight, but it is a step in the right direction towards equal pay for men and women.