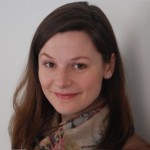 Late last month, the EEOC settled one of these landmark cases. In EEOC v. Pallet Companies d/b/a IFCO Systems, the EEOC alleged that an employee was harassed by her supervisor because of her sexual orientation and that she was fired in retaliation for complaining to her employer. The settlement agreement requires the employer to pay $182,200 in damages to the employee, as well as $20,000 to the Human Rights Campaign.